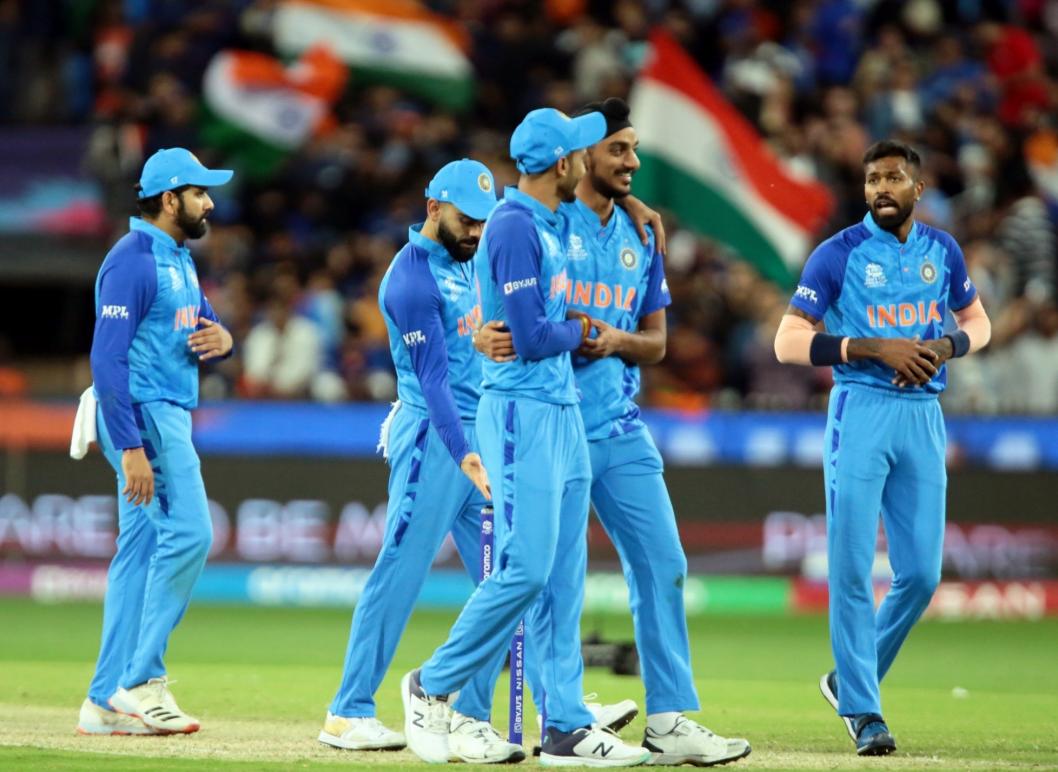 India defeated Zimbabwe by a score of 71 runs in their final Group 2 match of the Super 12 round on Sunday in front of a sizable crowd at the Melbourne Cricket Ground, advancing them to a semifinal matchup with England in the Men's T20 World Cup.

After K.L. Rahul gave India a strong start with his 35-ball 51, his second consecutive fifty in the competition, and Suryakumar Yadav smashed a whirlwind 61 not out off just 25 balls, they reached a massive 186/5 in 20 overs. From there, the bowlers quickly dispatched the Zimbabwean hitters, dismissing them for 115 in 17.2 overs.

Rohit Sharma scored India's first boundary by presenting the full face of the bat for a stunning straight drive off Tendai Chatara in the second over, after Zimbabwe had opened with nine dot balls. Richard Ngarava was swivelled by KL Rahul for a six over deep square leg in the following over.

Blessing Muzarabani's fourth over saw Rohit cut wide of backward point, and the towering bowler then threw a short ball to the Indian captain, who dragged it straight to the fielder at deep square leg and was out for 15.

Rahul, who completed a first opening over, timed his cuts, lofts, swipes against the spin, and pull-offs with finesse in order to immediately fetch boundaries.

However, Zimbabwe rallied by taking three wickets in only 11 balls. Sean Williams' bowling caused Kohli to hole out to long-off, ending the second wicket partnership's 60-run partnership. Rahul completed his fifty in 34 balls after hitting Sikandar Raza for a six, but the very next ball, he holed out to long-off.

Ryan Burl made a spectacular diving grab after Rishabh Pant hit a flat slog-sweep off Williams. Ryan Burl sprinted full-tilt to his left from long-on. However, Suryakumar smacked Muzarabani for a pair of fours, scooping over fine-leg and lofting over mid-off, to get India moving.

Two balls later, India scored 18 runs in the 16th over thanks to a brilliant flick by Hardik Pandya past backward square leg. In order to get 12 runs off the 17th over, Suryakumar increased the attack by hitting full tosses from Ngarava for four and six.

In the 18th over, Suryakumar continued to play with the field and the bowlers by lofting and scooping Chatara for four and six runs, respectively. In the 19th over, he perfectly timed a straight drive against Muzarabani that exuded the highest level of grace.

Despite Pandya's loss, Suryakumar played more jaw-dropping smashes against Ngarava in the final over. In order to whip off his wrists over his rear square leg for six, he advanced far across the off-stump.

He repeated the swipe wide of off-stump to bring up another four after reaching his fifty in 23 balls, and he concluded the innings by scooping over fine-leg for six as India scored 79 runs in the final five overs.

Wesley Madhevere attempted to reach out for a drive on a swinging away delivery from Bhuvneshwar Kumar, but was caught by a diving short cover. India successfully defended its target of 186 with the very next ball.

Arshdeep Singh enticed Regis Chakabva for a drive in the following over, but the late swing in off a wider length caused the ball to go past the gate and strike the stumps. The new ball began to swing thanks to Bhuvneshwar and Arshdeep, which made life difficult for Zimbabwe.

On the final ball of the power play, Sean Williams swung away from the body and was caught at the third man by Mohammed Shami. The bowler, Hardik Pandya, caught Ervine after he chipped the ball into the air off of him. By trapping Tony Munyonga plumb lbw, Shami struck again.

In addition to blasting everything with width for boundaries off the off-spinners Pandya and Axar Patel, Burl was excellent with his sweeps and reverse-sweeps, one of which earned him a six off Ravichandran Ashwin.

But Ashwin struck to break the 60-run partnership, forcing Burl to go for an on-drive on a fuller ball and rattle the stumps. He then took out Wellington Masakadza and Richard Ngarava in quick succession to bag a three-fer. Raza holed out on a pull in the deep off Pandya while Tendai Chatara gave Axar Patel a simple catch off his bowling to give India a huge win.