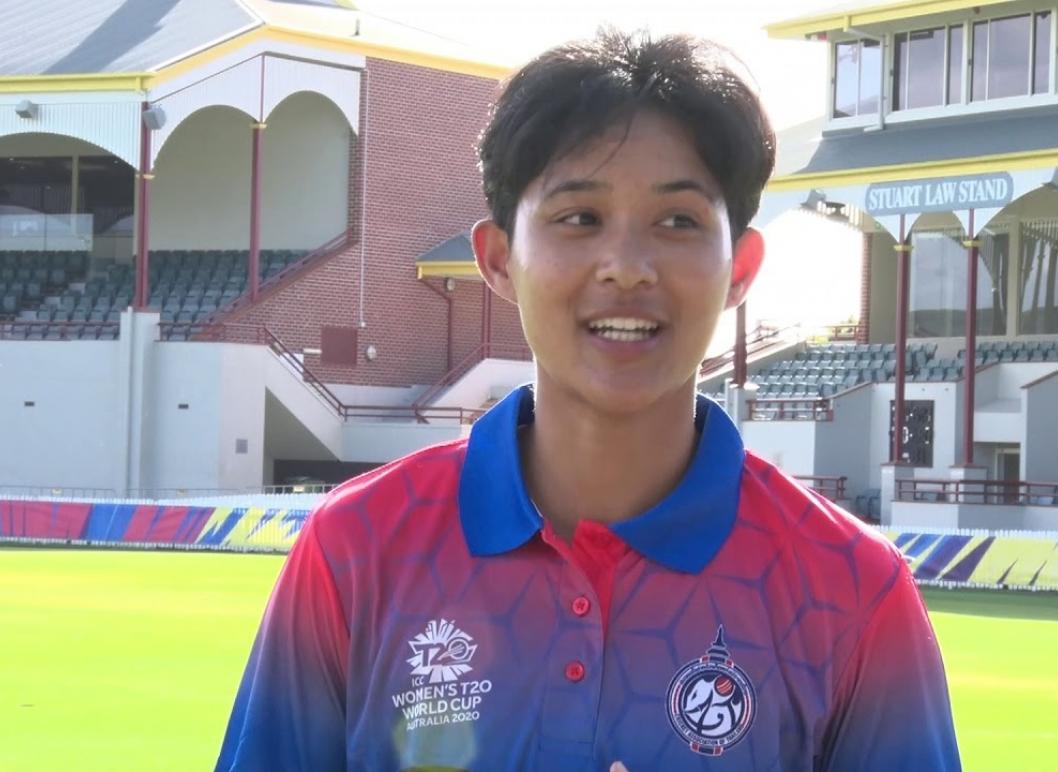 Natthakan Chantham, Thailand's opening batsman, was the team's offensive standout as they defeated the Netherlands by a score of 100 runs (DLS) to win their first victory in ODIs.

The right-hander batted practically the full length of Thailand's innings to serve as the side's anchor, while other players' efforts helped the home team reach 243/9. According to the ICC, Chantham was the seventh player to be dismissed. Before being eventually dismissed by Iris Zwilling in the 47th over, Chantham had hit nine boundaries.

Even though Chanida Sutthiruang, who finished second in scoring, only scored 24, six other players managed double digits. With a score of 3/39, Frederique Overdijk was the best of the Dutch bowlers.

Rain between innings slowed down play, and the final score from 46 overs was revised to 235. The tourists found the work challenging and reacted cautiously because they were in unfamiliar surroundings. Although they used 15 overs in the process, Babette de Leede and Sterre Kalis started with an opening partnership of 47 to provide them a platform.

Thailand's off-break bowler Nattaya Boochatham was among the top spin bowlers in the world.

Early in the innings, Boochatham's 1/17 from 7.5 overs prevented any easy runs, and as the pressure mounted, players like Thipatcha Putthawong and Onnicha Kamchomphu entered the fray to further tighten the screws. The pair each took two or three wickets, and later, leg-spinner Suleeporn Laomi picked up 2/22.

The fielders for Thailand supported the bowling, and Chantham once more proved to be a liability for the Dutch. Chantham's throw from square-leg caught the opener short while he was going for a quick single, leaving the tourists in trouble at 54/3 as De Leede and Jolien van Vliet tried to regroup.

The only player to hold off Thailand's spin attack was Dutch skipper Heather Siegers (28) who took on the bowling but ultimately fell like her teammates. The skipper mistimed her attempt to hit Kamchomphu down the ground, and a grateful Sornnarin Tippoch took the catch in the deep.

The Thais eventually scored a 100-run win on DLS, with Chantham's knock alongside a catch and a run out making her the Player of the Match. The teams meet in the second of three ODIs on Tuesday, followed by a five-match T20 series.