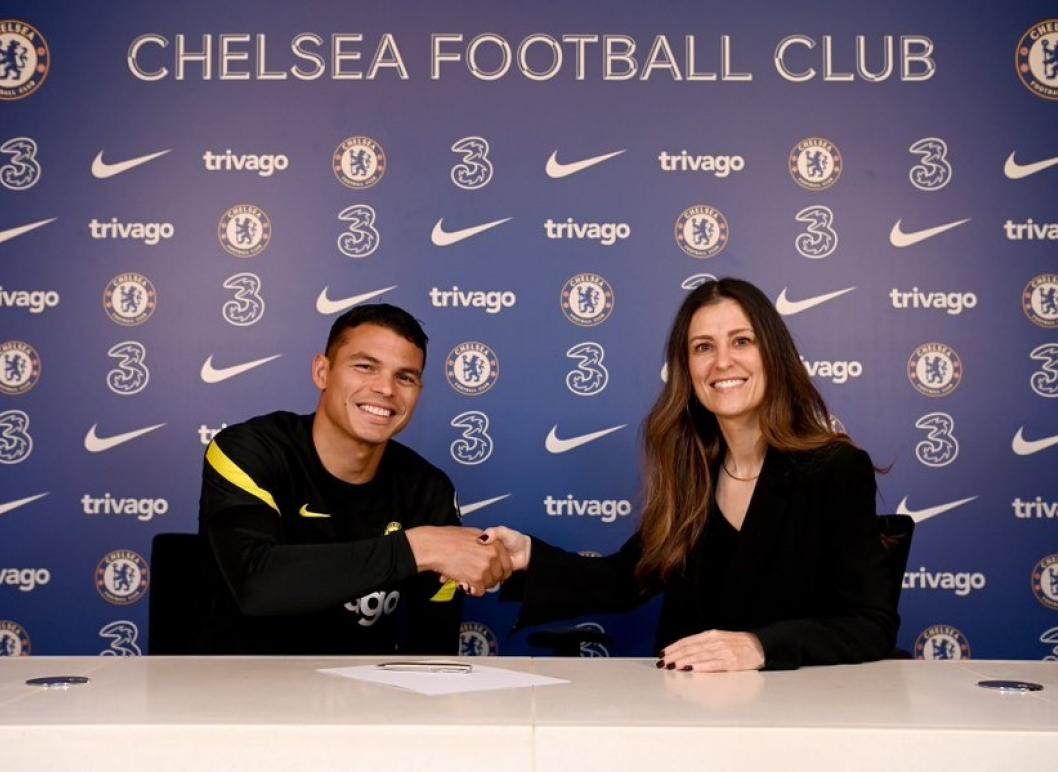 Thiago Silva's experience and leadership skills shone through in Chelsea's tunnel footage from their weekend victory over Crystal Palace. Prior to the game, the central defender was deep in conversation with new signing Benoit Badiashile, ensuring that he warmed up closely with his new teammate.

Badiashile joined Chelsea earlier this month from Monaco in a deal worth around £35 million, having earned a lot of praise during his time in Ligue 1. The 21-year-old joins Graham Potter's side on a seven-and-a-half-year contract and is expected to become a key player for the club in the future.

Though the Blues are currently in the midst of a rebuild and in desperate need of results, Badiashile was thrown into the deep end at Stamford Bridge on Sunday, beginning with their 1-0 victory over Crystal Palace. Chelsea's Kai Havertz scored the game-winning goal, taking some of the pressure off Potter's shoulders.

Badiashile made an impression on his Premier League debut and appeared to adapt quickly, though playing alongside Silva will have helped. Tunnel footage showed the veteran center-back instilling confidence in the No. 4 prior to the pre-match warm-up.

The pair emerged from the locker room together before participating in squad warm-up and defensive drills with select members of the starting eleven. "I thought Benoit did really well," Potter said after Badiashile's debut.

"It was a successful game for him. Koulibaly has played a lot of football, and the quick turnaround from Thursday was a factor. He passes the ball well and heads the ball out when necessary.

"He will need time to adjust to the Premier League, but it was very positive." The importance of Silva behind closed doors cannot be overstated, with the 38-year-old still performing at an incredibly high level while also being a much-needed leader in a young, inexperienced dressing room.

Chelsea's recruitment strategy has largely focused on bringing in players who can improve the squad immediately while also developing into some of the best in the business over time. As a result, Potter will rely on the experienced heads in his squad, such as Silva and Jorginho, to guide players in the right direction and assist them in developing and improving further.