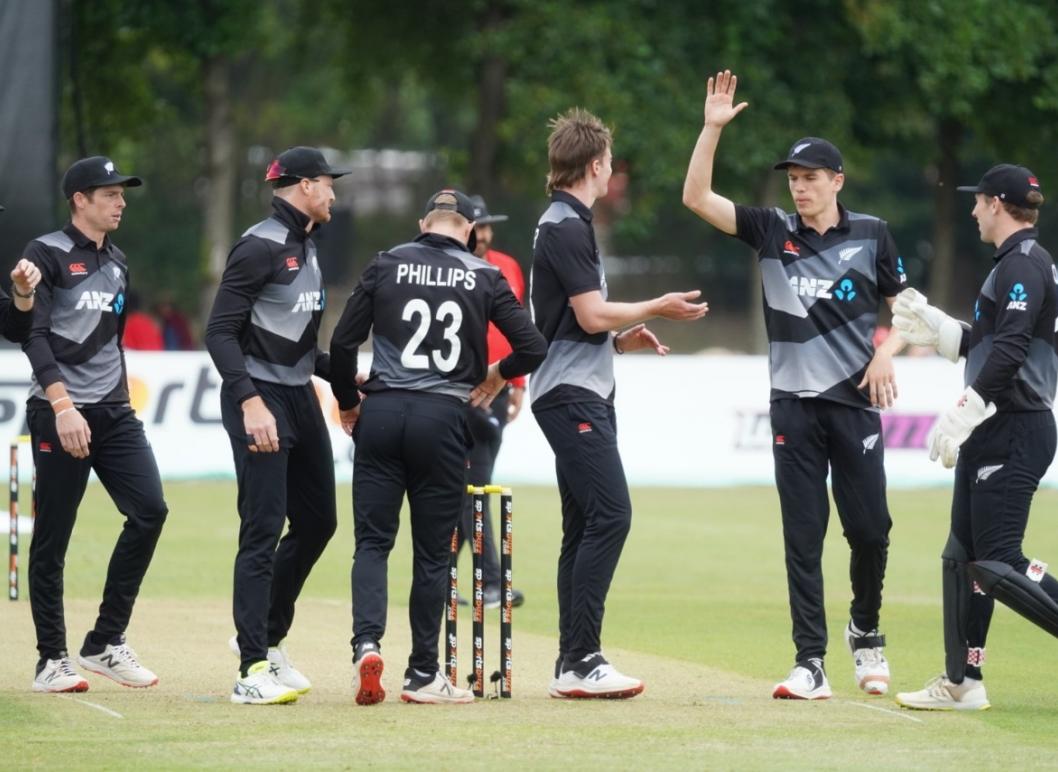 In the opening T20 International at Sportpark Westvliet here, New Zealand defeated the Netherlands by 16 runs thanks in large part to a magnificent 45 by Martin Guptill at the top of the batting order and a four-wicket haul from fast bowler Blair Tickner.

In the D/N game on Thursday, Tickner and Ben Sears (3/22) combined for seven wickets, helping the Black Caps defeat the tenacious Dutch to grab a 1-0 series lead.

It took a lot of effort for New Zealand to reach 148 for 7, as the home team's spinners made things difficult. Jimmy Neesham's 32 off 17 provided crucial late momentum.

The Dutch tweakers made life difficult for the Black Caps batters, who struggled to make 148/7 in 20 overs before Jimmy Neesham produced a 17-ball unbeaten 32 at the death to make the score respectable.

The Netherlands struggled on 15/3 in the fourth over after Tickner (4/27) destroyed their top order.

The hosts were then further troubled by Sears' uncomfortable pace, which resulted in Teja Nidamanuru being removed after goalkeeper Dave Cleaver made a superb catch.

At 93/7, the Black Caps had the game in hand because Bas de Leede (66) couldn't overhaul the target before it was too late.

Despite falling to the final ball of the over, Logan van Beek was taken for 22 runs, including two sixes, by Neesham in the 17th over. The 19th over was then used to help score 20 runs, including a pair of sixes for Ish Sodhi.

The spinners from the Netherlands combined for 4 for 80 from their 12 overs, with Ahmad and Tim Pringle standing out in particular.

Later on Friday, the second T20I will be played.