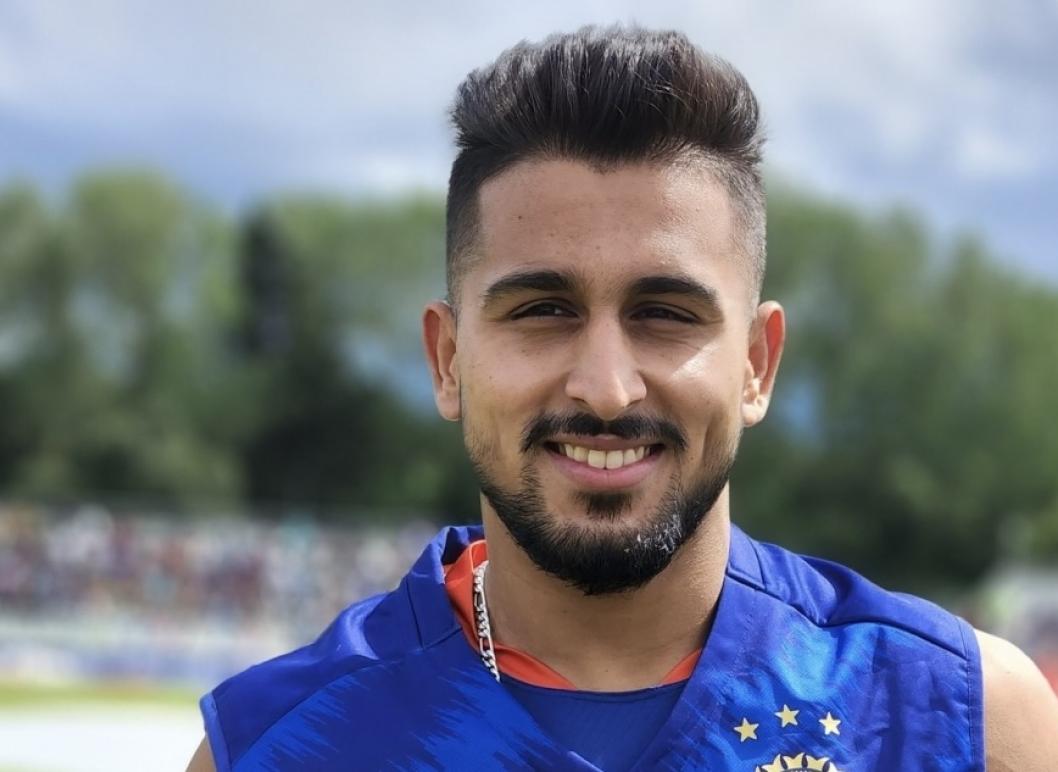 Umran Malik, the tearaway fast bowler, was selected on Saturday to take Mohammed Shami's position, a senior pacer who is injured, in India's ODI team for the upcoming ODI series against Bangladesh.

According to a statement released by Jay Shah, the secretary of the Board of Control for Cricket in India (BCCI), Shami suffered a shoulder injury during a training session prior to the ODI series against Bangladesh.

He will not be able to participate in the series against Bangladesh as he is currently being monitored by the BCCI Medical Team at the NCA in Bengaluru. Shami's readiness for the two Test matches against Bangladesh, which begin on December 14 in Chattogram, is yet unknown.

Malik made his ODI debut against New Zealand on November 25 in Auckland, taking 2/66. On November 30, in a match that was postponed due to weather, he took 1/31. He will now be a part of the fast-bowling assault for the three-match ODI series against Bangladesh, which will begin on Sunday, along with Mohammed Siraj, Shardul Thakur, Deepak Chahar, and uncapped Kuldeep Sen.

Shami, 33, is a crucial player for India, especially with the ODI World Cup coming up in less than a year. Furthermore, it would be a major setback for India's hopes of reaching the World Test Championship final in June 2023 if he is unable to recover in time for the Tests against Bangladesh.

India can turn to pacers Navdeep Saini and Mukesh Kumar, who are currently in Bangladesh playing two four-day matches against Bangladesh A squad, if he isn't healthy. In the first four-day match, Saini took four wickets while Mukesh took three. Saini has made two appearances for India in the Test format while Mukesh has never received a cap at that level.

The Sher-e-Bangla National Cricket Stadium (SBNCS), located in Mirpur, Dhaka, will host the first two One Day International (ODI) games between Bangladesh and India on December 4 and 7. On December 10, the third One-Day International (ODI), which was originally slated for Dhaka, will now take place at Chattogram's Zahur Ahmed Chowdhury Stadium (ZACS).

All the ODI matches, which are not a part of the ODI World Cup Super League, will be day-night affairs starting from 12pm local time. The tour will also have two Tests under the ICC World Test Championship cycle, at the Zahur Ahmed Chowdhury Stadium (ZACS) in Chattogram from December 14 to 18, and then at the Sher-E-Bangla National Cricket Stadium (SBNCS), Mirpur, Dhaka from December 22-26.