Unmukt Chand Exclusive Interview: Uncertain future in Delhi left me with no option 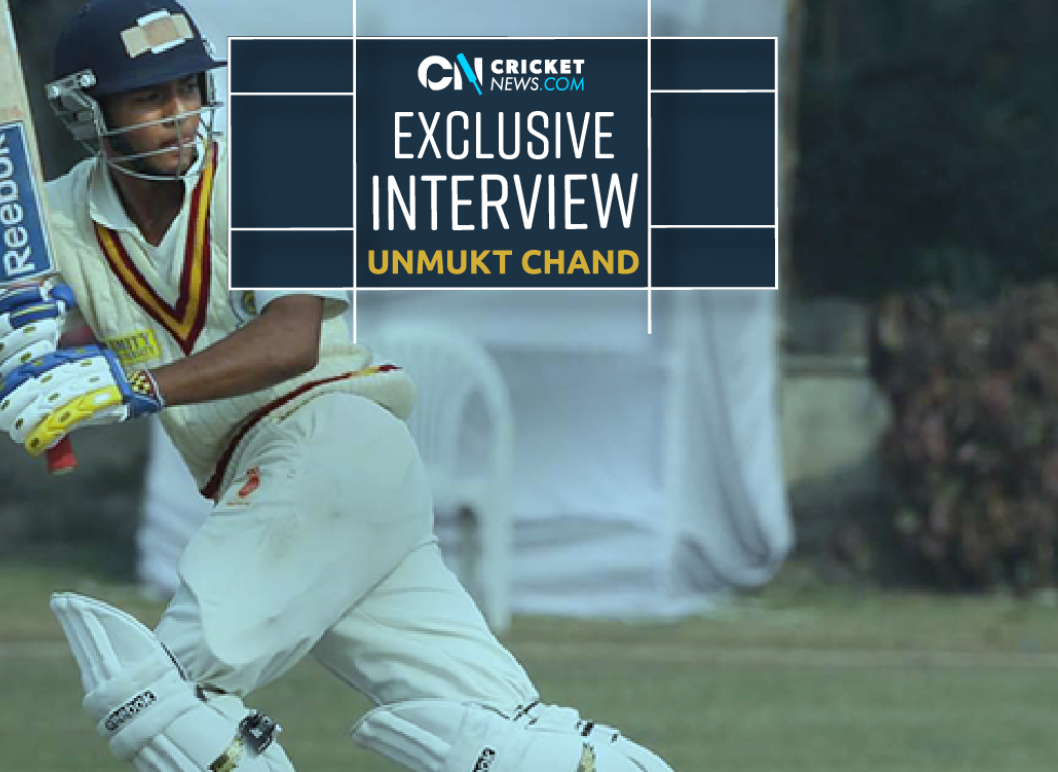 A flamboyant batsman, an Under-19 World Cup winning captain, a national level swimmer and an avid writer, who already has a published book to his name – Unmukt Chand is a jack of many trades. Yet whenever we think of him, we are sadly being reminded of a talent which has failed to take off.

From being tagged as the ‘next Virat Kohli’ following his success in Down Under back in 2012, last season Chand failed get game for Delhi in the Ranji Trophy. And now in order to keep his aspiration of playing for the national side alive, the 26-year old has decided to bid goodbye to his home association DDCA (Delhi District Cricket Association) and set up a new base in Dehradun as a leader of the newly formed Uttarakhand team.

Before the start of his new journey, Chand spoke exclusively with CricketNews.com to discuss various aspects of his career.

For Chand, moving away from Delhi, where he has played his entire cricket, has been an emotional moment. But as a professional, he knows that it is the right moment to leave.

“At this point of my career, I need to play as much cricket as possible. However, in Delhi, I was not getting enough matches.

“I wanted to move last year only. But actually I was in two minds. However, later in the season, when they did not give me a single Ranji game, I made my decision. Basically, the uncertainty in Delhi had left me with no option. I am extremely thankful to the Uttarakhand Cricket Association for giving me this new opportunity,” says Chand, who played his last First-Class game back in 2017-18 season against Karnataka.

It has been almost a decade long association with Delhi, which Chand will miss. Back in 2010, as a 17-year old he made his debut in all three formats. So, when asked to recall some of his memorial moments for Delhi, the stylish right hander has quite a few instances to share.

“My first hundred in Ranji Trophy [151 against Railways in his fourth match] still remains one of my favourite personal landmarks to cherish in Delhi colours,” he says. “I have been fortunate enough to play alongside some of the stalwarts of Delhi and Indian cricket. Viru bhai [Virender Sehwag], Gauti bhai [Gautam Gambhir], Virat [Kohli], Shikhar [Dhawan] and others. All of them have some sort of an impact on my career. However, I am especially thankful to Shikhar. He was always there for me whenever I needed him.”

Meanwhile, sharing his thoughts on moving to a team like Uttrakhand, which is considered as a new kid on the block in Indian domestic circuit, Chand sounded quite optimistic.

“They have an exciting bunch of cricketers. I am quite eager to be part of that dressing room. It [Leading] will be a different challenge altogether for me. I have led the India Under-19s, Delhi and India A. So, that experience will be handful. I believe this new challenge of scoring runs and captaining the team will help to grow further as a cricketer.”

Finally, talking about his ultimate goal of representing the country, Chand believes that he may be a little behind in the race at this point but a fruitful season can put him back in the scheme of things.

“I have to make a lot of runs [To impress the selectors] in this season and that can help. But at this point my entire focus is on playing for Uttrakhand and guiding the team to success. Afterall, I have my [family] roots there and I am happy to go back.”

Have you downloaded a copy of the FREE CricketNews.com Digital Magazine?