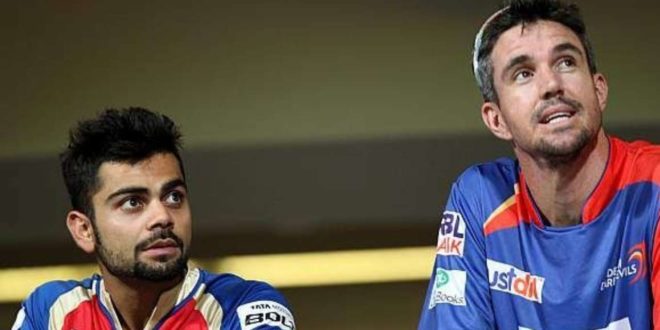 The former England captain Kevin Pietersen has recently spoken with Betway and in a candid chat he has opened up about his experience of featuring in the glamorous Indian Premier League (IPL) and playing alongside Virat Kohli.

I was fairly outspoken at the start of the IPL because you didn’t want to, as a professional, be one step behind the pacemakers, and the pacemakers of the game at that stage was the Indian Premier League.

Takeaways from the league as a player

You could learn from the greats of the game, and you could understand how they practiced, how they spoke, how they approached games, how they were in team meetings, how thorough they were, how meticulous they were in everything that they did, from how they padded up to what they talked about before they went and batted.

The pressure of an oversea’s star

People are not stupid, the owners of the franchises are not dumb. They don’t just say: “Oh, I’ll go and give you a million bucks because you look like a cool dude”.

You warranted your price tag because of how good you were and that gave you a lot of confidence and gave you some sort of stature in the game. It came with added responsibility and extra pressures because the announcer announces you onto the field. And usually it’s walking out to bat at Lord’s, it’s “good afternoon everybody and next batsman for England is No.4 Kevin Pietersen” and it’s just like ‘boo’ or cheers or whatever, however you’re walking in there. But here it’s music banging, everybody’s shouting and jumping: “and walking in at No. 3 for RCB is the world’s most expensive buy in the IPL auction”, and you’re there and it’s like: “Sheesh, OK, I’m not just walking at Lord’s or MCG or in Barbados as England’s No. 4, you’re now that iconic player.

Experience as a captain of RCB

Being able to have Anil Kumble, Dale Steyn, Mark Boucher, Rahul Dravid, just to name a few, a young Virat Kohli, was something that as a foreign player you just put your hands together and you lick your lips and you say: “Right guys, let’s go out and do the business”. There’s not much talking that you need to do. You just have to try and strategically position players in certain places and keep all those guys happy.

Virender Sehwag: I just remember batting with the likes of Sehwag [for Delhi Daredevils] and I mean that was quite an eye-opener, just the careless free spirit that he is, and he sings when the bowlers are running up to bowl to him and he just goes pongo, pingo, pango, whacks it all over the place, and some of the most fun experiences on a cricket field were with Virender Sehwag – just a superstar man.

Virat Kohli: Sitting on the bus with Virat and batting with Virat I knew that he was destined for greatness because of the way that he approached the game, the way he learnt, the questions that he asked. He was a chubby little fella in 2008, 2009 and 2010, and I still take the mickey out of him for it, but his determination to be the best player he could possibly be was evident.

I was winning the game for us against Rajasthan Royals in Rajasthan in Jaipur and he ran me out and I gave him an absolute serve walking off the field, but you could see that that youngster who was destined and determined to get his team over the line and he wasn’t just going to give his wicket away and it didn’t matter how many Test matches I had played or how much more senior in the game that I was.

I mean, we do have an incredible friendship because of I think maybe the way that I treated him when he was a youngster and helped him and guided him at the start of his career.

In India as a cricketer it’s very difficult to go out and walk the streets. Cricket’s a religion and you are worshipped in that country, so what you end up doing is spending so much time on your team floor with your teammates, eating together, playing FIFA together, practising together, travelling together, playing together, you’re just with each other. You’re very emotionally attached to your team. I think that’s what got me into a lot of trouble as well with the ECB. I was being pulled back after a couple of weeks in India in the IPL, coming back and I was having one eye on the Test match yet if my team were playing on that day I was really into it. I was like: “Right, Delhi, come on, come on, come on”.

Nothing compares to the IPL in India. Every single friend of mine that talks about: “I’d love to come and watch a game in India”, I say: “Don’t talk about it, just do it”. There is nothing more spectacular, nothing more gripping, nothing more captivating, there is no greater entertainment in the game than coming to watch a bumping Wankhede Stadium, or a full Feroz Shah Kotla, or Chennai when Mahendra Singh Dhoni comes out to bat, or, I tell you what, those partnerships between De Villiers and Virat Kohli down in the Chinnaswamy Stadium in Bangalore, there is just nothing like it in the sport.