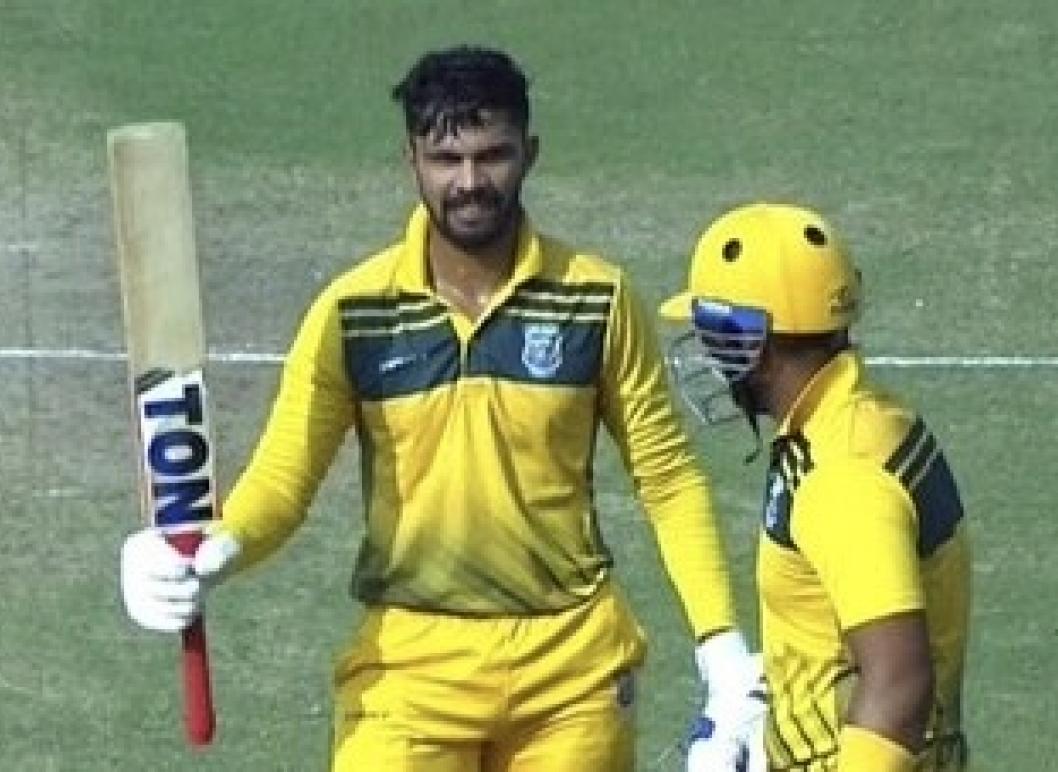 On his way to smashing 220 not out for Maharashtra in a Vijay Hazare Trophy quarterfinal match against Uttar Pradesh at the Narendra Modi Stadium B Ground in Ahmedabad on Monday, right-handed opener Ruturaj Gaikwad hit a mind-boggling seven sixes in an over, the first time it had ever happened in List A cricket.

This accomplishment was made by Gaikwad, the captain of Maharashtra in the game, in the 49th over of the innings. Shiva Singh, a left-arm spinner for Uttar Pradesh, delivered the over while bowling from close to the wicket. Gaikwad hit sixes deep square leg, straight down the middle, and over deep mid-wicket.

Shiva then changed his trajectory, but the outcome remained the same as Gaikwad hammered back-to-back sixes over the far-off fence. Gaikwad hit Shiva's ball over long-on for another six after a no-ball signal, giving the right-handed batter his first double century in List A cricket in 153 balls.

Shiva attempted an over-the-wicket angle with the final delivery, but Gaikwad lofted it over deep mid-wicket for 43 runs, therefore it was ineffective. As Maharashtra made 330/5 in their 50 overs, with 58 runs coming off the final two overs, Gaikwad eventually reached 220 not out off 159 balls with ten fours and 16 sixes.

Gaikwad's onslaught on Shiva resulted in Shiva's final score of 0/88 from nine overs. Gaikwad was Maharashtra's sole performer during their innings, as the other hitters combined for just 96 runs off 142 balls.

As the most costly over in List A cricket history, Gaikwad's 43 runs off Shiva matched Brett Hampton and Joe Carter's combined 43 runs off Willem Ludick for Northern Districts against Central Districts in a Ford Trophy game in New Zealand in 2018.

In List-A cricket, he also made history by becoming the first Indian hitter to score 43 runs off an over.