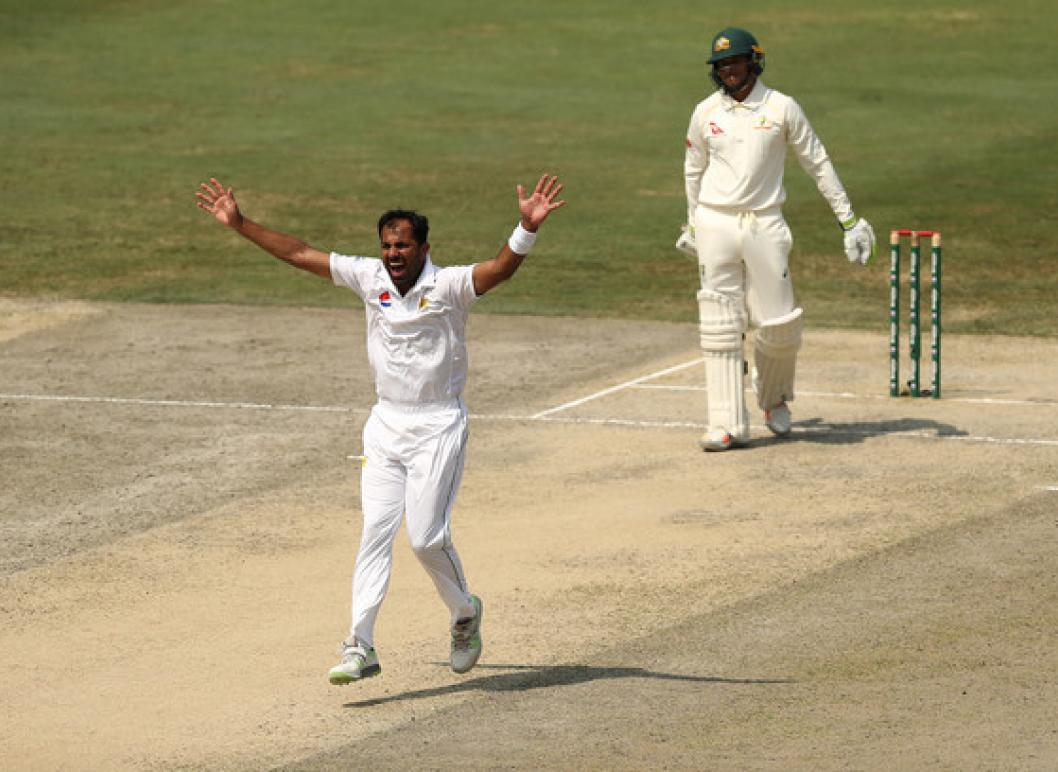 Wahab Riaz decided to take an indefinite break from red-ball cricket as he wants to focus more on the white-ball format. He took to the social media to announce the news and withdrew his name from the Quaid-e-Azam Trophy, just two days before the start of the tournament.

Wahab was set to represent his domestic side Southern Punjab in Quaid-e-Azam Trophy scheduled to begin in a couple of days. But he suddenly took the decision to keep him out of the same and take a break from longer format. He wrote, “After a lot of thinking and discussions with my family and board, I have decided to take a break from red-ball cricket and maintain my fitness and focus on the shorter format for my country. It was a tough decision and I appreciate my Board’s support and guidance during this time.”

Wahab debuted in Test cricket for Pakistan in 2010 and managed to play 27 Tests so far where he took 83 wickets at an average of 34.50. Since January 2018, he has featured in only five red-ball matches, one Test and four First-Class games. His absence from the Southern Punjab’s camp in Lahore, where the side was preparing for their opening game against Central Punjab kind of hinted about his mindset.

Regarding the break he said, “During this period, I will like to focus on 50-over and 20-over cricket, and continue to access my fitness for the longer version of the game. At a stage I feel I cannot only return but also perform with the red-ball, I would make myself available.” He further added, “The PCB had been trying to convince me to pursue my career with red-ball, but today I met them to convey my decision. I am grateful for their understanding and support.”

It’s actually been more than two years since Wahab last featured for Pakistan in T20I cricket. But a vastly experienced shorter format campaigner like him is now trying to give more attention to the game, especially with the T20 World Cup 2020 ahead.