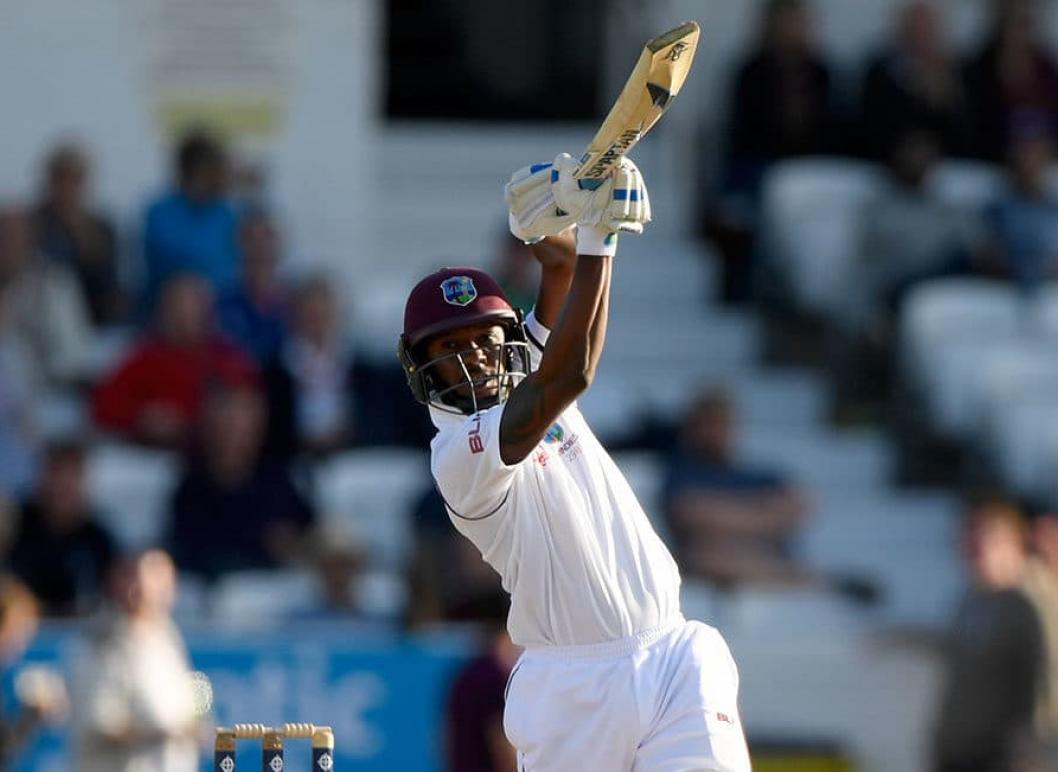 West Indies needed a mere 84 to win the first Test match against Bangladesh, in North Sound. They received an initial shock when Khaled Ahmed (3-27) jolted them thrice, reducing them to 9/3 inside four overs. However, John Campbell and Jermaine Blackwood then weathered the storm to see West Indies to 49/3 by stumps. They needed only 35 runs when play resumed on the fourth morning.

West Indies got four off the first over of the day, bowled by Khaled, before Campbell launched into Ebadot Hossain, smashing the third and fourth balls for four, the second a violent cut. After two quiet overs, Campbell took on Khaled, playing two delightful drives off the fourth and sixth balls to pick up fours.

With six runs to get, Shakib Al Hasan brought on Mehidy Hasan Miraz, who bowled a maiden over. Najmul Hossain Shanto bowled at the other end. Campbell swept the second ball for four to reach his fifty, off 63 balls, and lofted the last ball over long off into the stands. He finished on an unbeaten 58, while Blackwood remained not out on 26.

Kemar Roach was named Player of the Match for his 2-21 and 5-53. The second, and final, Test match will begin from 24 June at Gros Islet.