Why do we need to speak for Mohammed Shami? 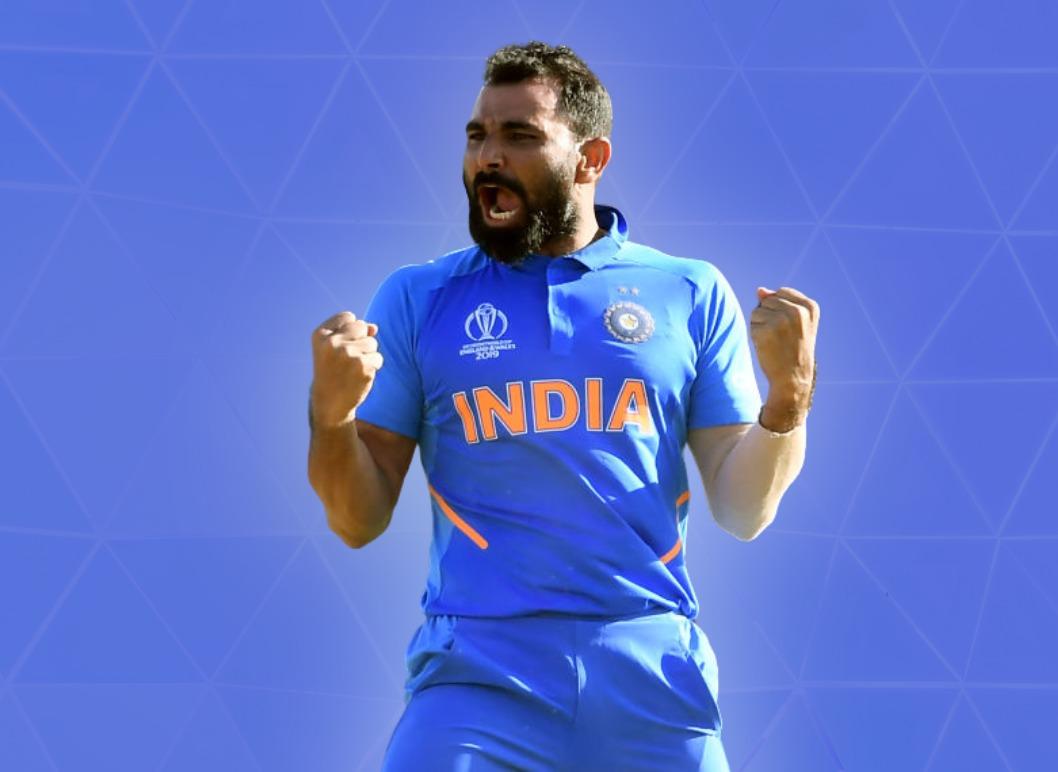 The curious across-formats streak the Indian fans had cherished for 29 years ended on Sunday, October 24, 2021. It was a new experience for the people on either side of the border, one they will remember for some time. The players? Oh, they are well and truly beyond it by now.

Pakistan have already beaten New Zealand in their second game of the tournament, and India will be preparing to do the same, come this Sunday.

For them it is all in the moment. Has to be. The 'high-octane fixture', as those in our industry want you to refer to as, began with the two sets of captains walking together on the field with no lesser charm than a dynamic Bollywood duo, and ended with handshakes, light talks and warm embrace. The spirit of cricket was on show, and no one would debate about it.

What has needed serious attention beyond the evening of T20 cricket in the Dubai International Stadium are the vile abusive comments directed towards Mohammed Shami.

In the aftermath of the Super 12 fixture in Group 2, a selective bunch on social media abused the Indian pacer, some labelling him as a traitor. Shami had a rare off day, going for 43 runs in 23 balls. CricketNews decided not to display the user profile details on our platform.

The same Shami who, just a couple of months ago, had joined Jasprit Bumrah in taking the attack with the bat against England at Lord's. And then done the same with the ball in his hand as well.

For some, the vested interest in this one fixture superseded all of that. And although Shami was not the only India player who faced the brunt of fan frustration, this was not criticism based on his performance.

Not too later, a large chunk of Shami and Team India fans also jumped in support of the player followed by a group of former and current Indian cricketers and the BCCI posting in support of Shami.

Mohammad Rizwan, the highest scorer in the game on Sunday, also batted for Shami online.

Amidst all of this, there was a common voice heard from several on the same platforms.

"Is this really needed?" "Do we really need to address just a few in many?" "Bringing them in light may be the green light for them to hunt for more?"

The silent treatment is often utilised by teams and players to deal with online abusers. Indian cricket has more often tried to resolve issues behind the curtains. But it was only right that the highest cricket authority in the country made their stance public. One of their own was at the receiving end of words no athlete representing their country would want to hear.

After Euro 2020, the England men's football team took a firm public stand against online abusers – the only feasible way through the seemingly dark abyss.

'It’s just not what we stand for', said the England manager in response to those who had racially abused the players in the aftermath of the penalty shootout defeat against Italy. Their teammates, including captain Harry Kane, took to Twitter to deliver the message to all their fans. The team's social media handles were also used to make this very clear.

By doing so, you are not just standing for individuals but behind the very idea of sport. You are protecting not just the present, but the future.

After the Euro final, a mother called during BBC Radio Five’s programme 606. It was an emotional call, sharing how her son had lost hope in his dreams to play for his country once he saw the abuse that Rashford, Sancho, and Saka were subjected to.

Like most other champion athletes, Mohammed Shami has battled hardships to reach where he is today. He will return to his best soon.

But what about the many who want to follow in his footsteps, the ones who want to play in all three formats for India without having to think of their religious identity? By taking a stance for Shami, you take a stance for them.

You also take a stand to honour the past. Indian cricket has stood firm beyond the divisions of religion or ethnicity through tougher times. When the Muslims won the Bombay Pentangular, India's first prominent cricket tournament (featuring teams on the basis of religion), the Hindus joined them in the celebrations. This was amidst the fight for Independence, after the failure of the joint non-cooperation/Khilafat agitation that had led to strained relations between the two communities.

The Muslim representation in the Indian National Congress had reduced substantially after Mahatma Gandhi had called off the non-cooperation agitation in 1922. The disagreements and arguments had led to riots and arson. In that atmosphere of growing divide between the two communities, Mohammed Ali Jinnah had praised how the Pentangular (then the Quadrangular) had manifested the brotherly feeling between the two communities on the sporting field.

These are events that took place 97 years ago. Almost a century later, it will only make sense for Indian cricket, its fans and its dreamers, to honour the glorious past, for today and tomorrow.