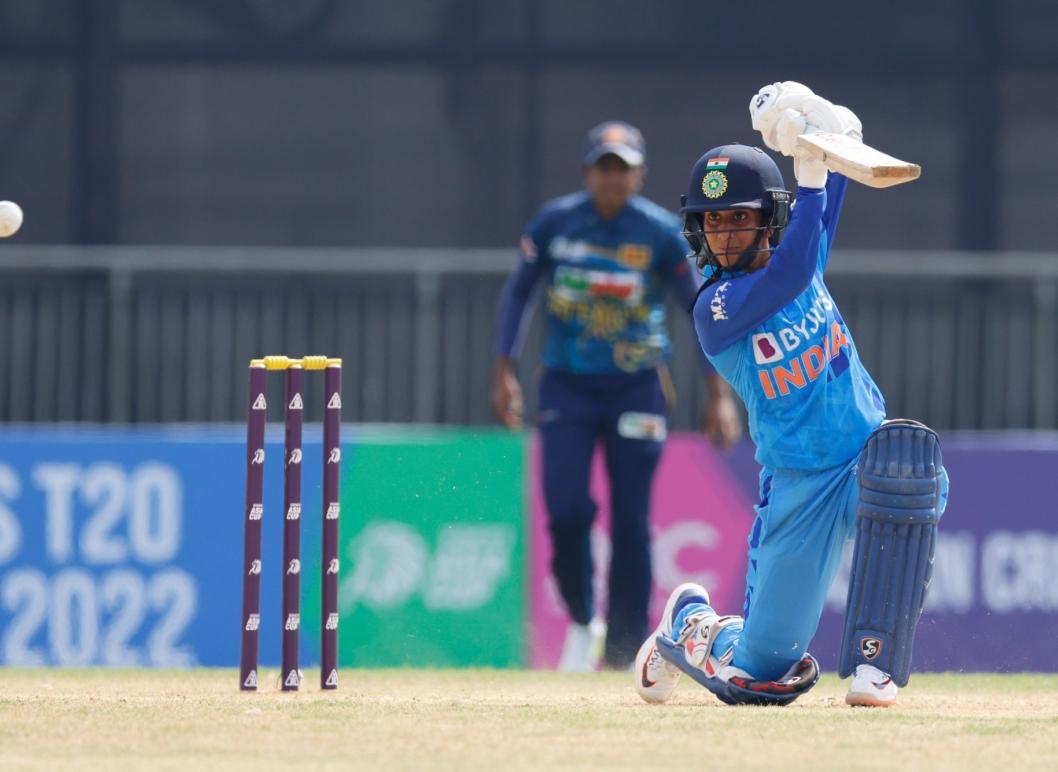 In their inaugural match of the Women's Asia Cup on Saturday at the Sylhet International Cricket Stadium, India defeated Sri Lanka by a margin of 41 runs thanks to right-handed batter Jemimah Rodrigues' T20I career-best effort of 76 and consistent wicket-taking by the bowlers.

In addition to her match-defining 92-run partnership for the third wicket with captain Harmanpreet Kaur (33) after losing openers Smriti Mandhana and Shafali Verma cheaply, Jemimah had a knock of 76 off 53 balls, laced with 11 fours and a six at a strike rate of 143.40. She also looked rock-solid in her drives.

Smriti and Shafali holed out in the deep in the first four overs as a result of Sri Lanka choosing to bowl first, giving them an early advantage. In the final over of the powerplay, Jemimah took her time before driving Sugandika Kumari for a pair of fours.

She subsequently treated Achini Kulasuriya and Malsha Shehani similarly in turn after turn. Contrarily, Harmanpreet began her boundary flow by leg-side sweeping Inoka Ranaweera thrice in two overs. However, the intense heat made her need physiotherapy, and she was shortly stumped by Oshadi Ranasinghe after long-off palmed the ball over for six.

After earning her eighth fifty in T20Is, Jemimah continued to create a few shots, such as hitting Inoka for back-to-back fours — hammering over long-on was followed by a sneaky reverse sweep through the off-side. It took a missed stroke across the line from captain Chamari Athapaththu in order to shatter her stumps, ending a magnificent stint at the crease. After then, In'ia had little control over his situation but still made it to 150.

Harshitha Madavi got off to a fast start in the chase, taking three fours off Renuka Thakur's first over via cover, fine leg, and the outside edge. However, dancing down the pitch to lift Sneh Rana down the ground was the most notable shot from her early burst.

Despite Chamari being removed by Deepti Sharma, Harshitha was able to work with Malsha to guide Sri Lanka to 39/1 in five overs. Malsha attempted to grab a quick single in the penultimate power-play over by pushing the ball to a backward point, but Deepti promptly caught it and caught her short of the crease with a direct hit after making a 360-degree turn at the bowler's end.

After two overs, a terrible oversight resulted in Harshitha being fired. After that, it was all one-way traffic as Radha Yadav lbw-trapped Anushka Sanjeewani and Deepti claimed another victim before Pooja Vastrakar struck again. After that, Dayalan Hemalatha took three tail wickets to end the game early.