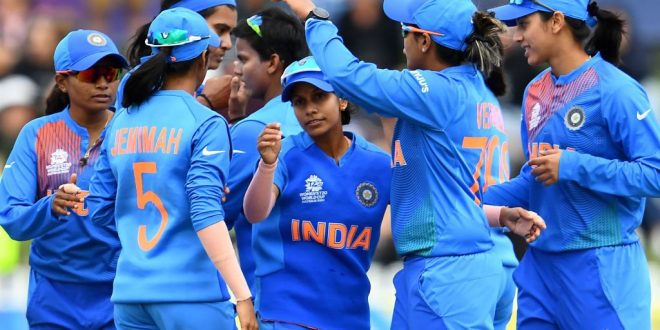 The Indian Eves qualified for their second successive World T20 Cup semis with a narrow four-run win over the New Zealand side at the Junction Oval at Melbourne. After restricting the Indians to 133 for 8, despite Shafali’s stroke-filled 46 at the top, the White Ferns lost their top-order cheaply to lose the momentum.

Amelia Kerr, however, played a handy cameo towards the end, when 34 were needed in the last 12 balls, but her efforts eventually went in vain as the side lost a close game.

The Kiwis would have been mighty happy with how they pulled things back with the ball in the first innings despite allowing the Indians to get off to an aggressive start. The middle order woes came to haunt the Women in Blue yet again, and Harmanpreet Kaur’s poor batting form continued, but handy contributions from the lower middle order helped them post a challenging 133.

The target, though, would have been easily chased down had the New Zealand side kept their calm and batted patiently. Rachel Priest was out while attempting to go for too many shots, while Suzie Bates exposed her stumps to Deepti Sharma. Sophie Devine was sent back soon after and the side collapsed to 34 for 3. Maddy Green and Katey Martin briefly put on a fight as they accumulated 44 runs, but the Indian spinners stalled the run flow, which ultimately put pressure on the batters.

Despite the blitzkrieg from Kerr at the end, where New Zealand scored 29 off 12 balls, the Indians held their nerves and advanced to the semis, thus become the first team in the competition to reach the top four.

They, however, have a game in hand, and will be hoping to chase in the encounter, as all their games have been won batting first thus far in the competition. They will take on Sri Lanka on February 29, while New Zealand will take on Bangladesh in their next league game.