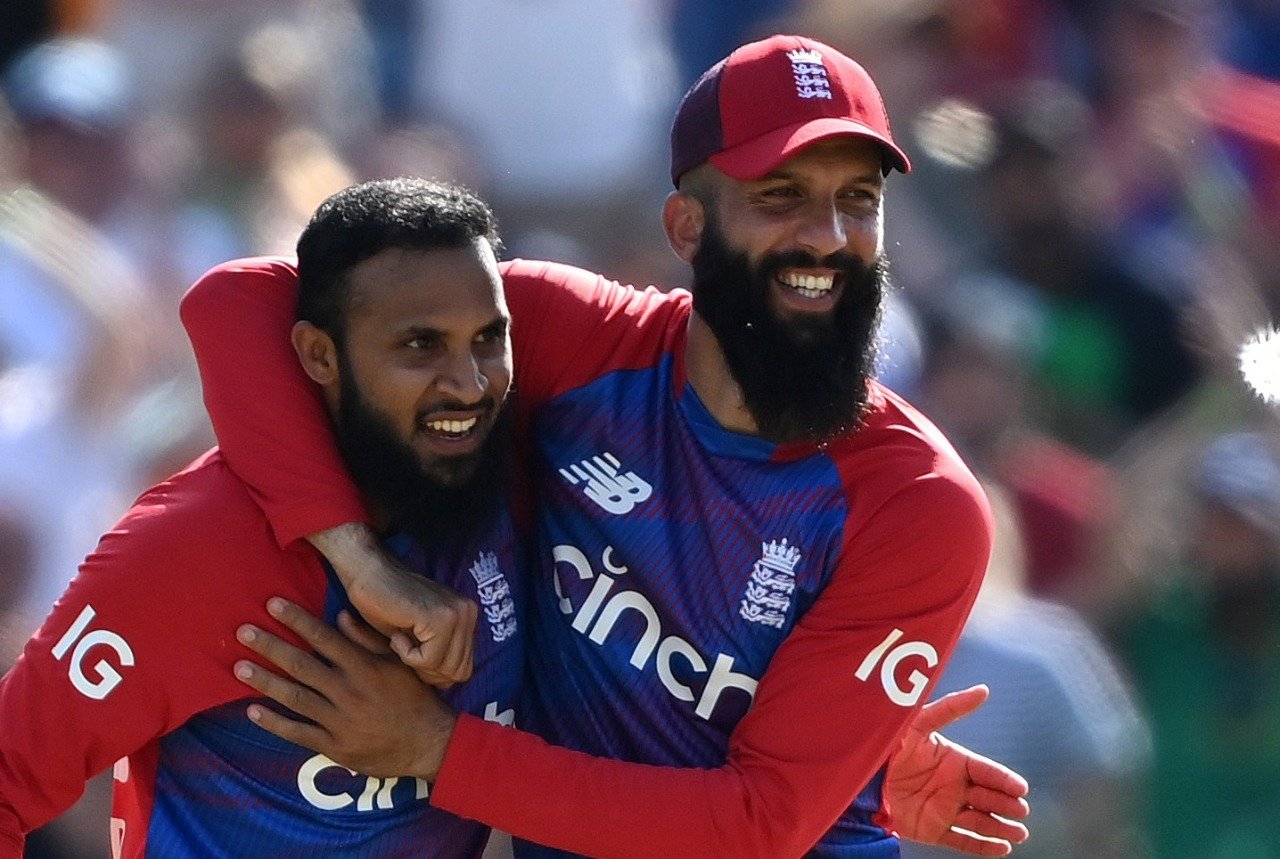 Leading England in the absence of Eoin Morgan, Jos Buttler struck a half-century on his comeback. Then Saqib Mahmood picked up three wickets to drive England to a 45-run victory over Pakistan, on Sunday, 18 July. The series now stands level at 1-1.

Babar Azam won the toss and opted to field. It was a frenetic start from England, where Jason Roy smashed a six and a four to began the proceedings. But Imad Wasim had the last laugh, when Roy went for a hoick and holed out to Mohammad Hafeez.

Dawid Malan became Imad’s second victim, reducing England to 18/2. Buttler broke the shackles, scooping one over the wicketkeeper for six. He followed with two more fours to take 19 off Mohammad Hasnain’s over.

Moeen, too, played his shots without any inhibitions. He made 36 off just 16 balls, with six fours and a six, before getting out to Hasnain. Buttler soon brought his fifty. Livingstone, too, kept up the tempo and employed a no-holds-barred approach in his 23-ball 38. One of the highlights of the innings was a six that sailed over the stands. England posted an imposing total of 200.

Babar (22) and Mohammad Rizwan (37 off 29) got Pakistan off to a rollicking start. Rizwan hit a six and four off Chris Jordan in the second over. The duo reached 50 in the sixth over before Azam was undone by Saqib.

Sohaib Maqsood showed his range against spin, launching Moeen for a six early in his innings. But Adil Rashid got the better of him, for 15. Rashid and Moeen bowled in tandem to pick up the next three wickets to reduce Pakistan to 95/5.

Shadab Khan tried to revive the chase, scoring 36 off 22. But Pakistan lost too many wickets, and could only manage 155/9 in 20 overs. Saqib claimed three wickets, while Moeen and Rashid picked two wickets apiece.