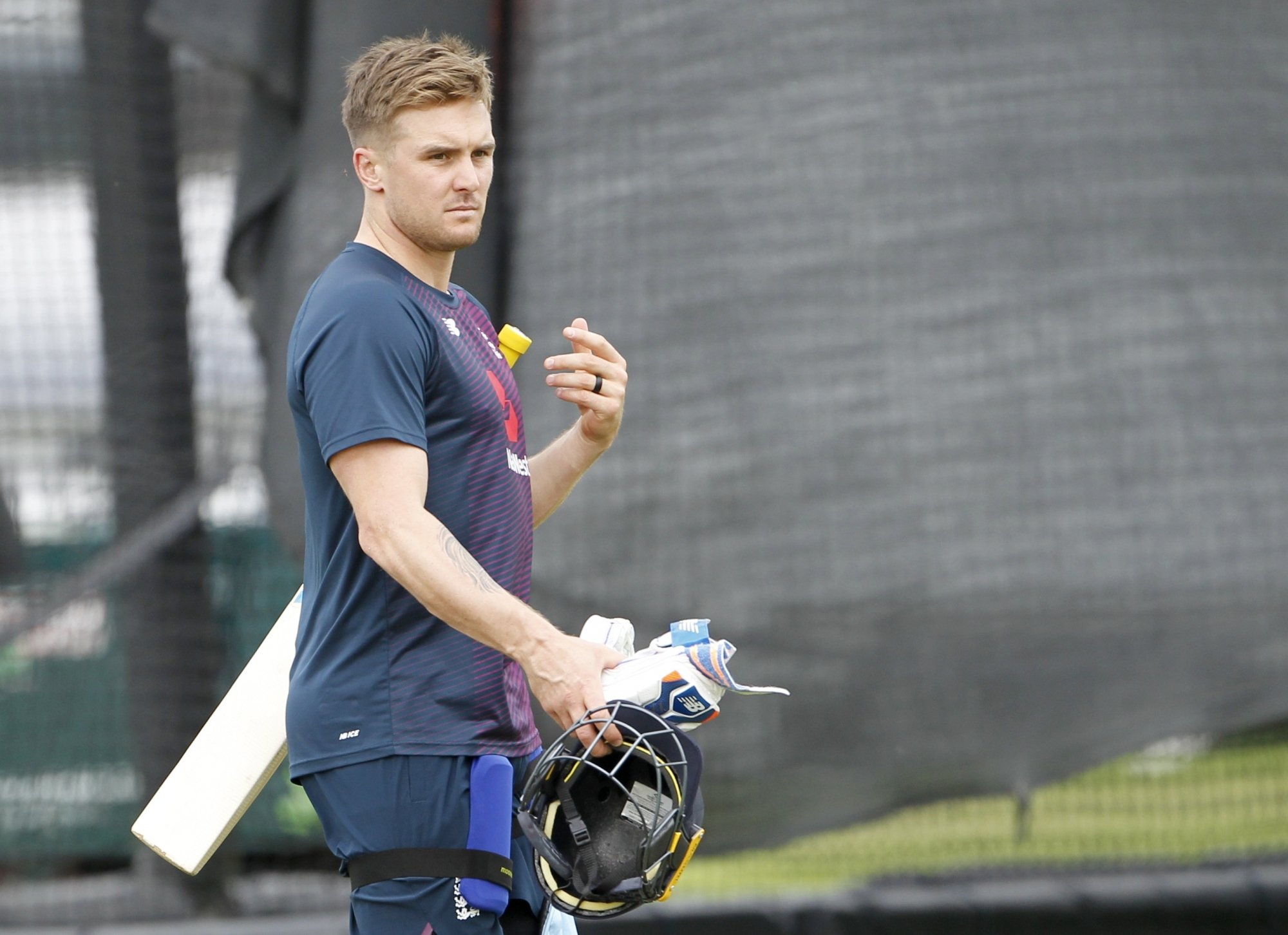 England ended their white-ball summer with an achingly tense three-wicket win over Pakistan to win the three-match T20I series 2-1.

Chasing 155 on a dry, turning pitch at Old Trafford, England required 61 in nine overs with eight wickets in hand, after Jason Roy’s blitz (64 off 36). The Pakistani spinners, led by Mohammad Hafeez (3-28), counterattacked with tight bowling to take the equation down to 39 from four overs. In the end, Chris Jordan (4*) got England over the line with two balls to spare.

Earlier, Babar Azam had won the toss and opted to bat first. After being introduced in the sixth over, Adil Rashid struck thrice in his opening ten balls to send Pakistan on the back foot. He got three key wickets, of Babar (11), Sohaib Maqsood (13) and Hafeez (1) during this period. Later, in the 17th over, he dismissed Shadab Khan (2) to complete a career-best 4-35.

Moeen Ali provided the spin support Rashid needed. In his four overs, Moeen (1-19) did not concede a single boundary and got the wicket of Fakhar Zaman (24) to keep England in the driving seat. Thankfully, Mohammad Rizwan’s measured unbeaten 57-ball 76 guided Pakistan post a respectable 154/6.

The target was always a below par against a line-up boasting of Roy, Jos Buttler, Liam Livingstone, Dawid Malan, and Eoin Morgan. Roy got England off to a rousing start, while Buttler (21) was happy to play second fiddle to him. The pair aggregated 67 in 48 balls before Shadab gave Pakistan the much-needed breakthrough by removing Buttler.

Still, Roy played aggressively and reached his sixth T20I fifty in 30 balls. In the 11th over, he fell to Usman Qadir (1-35), which sparked a collapse of 3 for 10 in no time. Malan struggled throughout his 33-ball stay for 31 before Hafeez bowled him in the penultimate over. But Morgan showed his composure in a pressure situation with his 12-ball 21 which certainly played a massive role for England to reach the target.

England won the series 2-1. Player of the Series: Liam Livingstone.