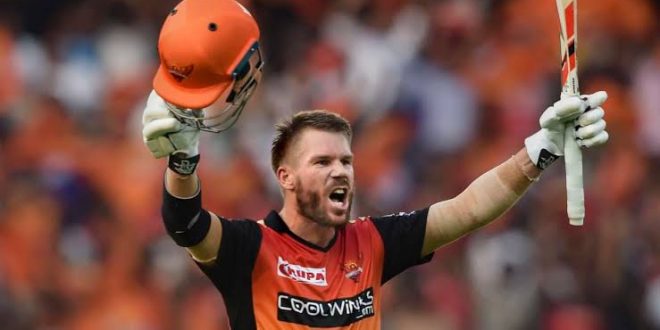 Sunrisers Hyderabad have brought back Australian opener David Warner as their captain ahead of IPL 2020. Warner had been at the forefront of Sunrisers’ victorious campaign in 2016, but had missed the 2018 season of the IPL owing to the Sandpapergate ban. He returned in 2019 with aplomb and made runs in bucketloads but Kane Williamson – and when he was injured, Bhuvneshwar Kumar – was the captain of the side.

Williamson had helped the side to the finals of IPL 2018 but missed a large chunk of games in 2019 owing to injury. Sunrisers finished at fourth-place in the season last year and Williamsons’s T20 capabilities as a batsman, when not opening the batting, were questioned. With Warner and Bairstow set at the top, Sunrisers needed an option to sit Williamson out and reinstating Warner facilitates this move.

“I’m thrilled to be given the captaincy for this coming IPL 2020,” Warner said in a message. “I’m extremely grateful to be given the opportunity to lead the team once again.

🚨Announcement🚨 #OrangeArmy, our captain for #IPL2020 is @davidwarner31. #SRH #IPL

“I’d like to thank Kane and Bhuvi for the way you guys led throughout the last couple of years, you guys did an outstanding job. And I’ll be leaning on you guys for support and your insight to the game as well. And to the management thank you once again for giving me this opportunity. And I’ll try my very, very best to lifting that IPL Trophy this year,” he added.

Since joining the franchise in 2014, the Australian opener has been their biggest sell out, making runs at frenetic pace and scoring big. In 2015, a year after joining the side, he was named as their captain, a role he continued till end of 2017.