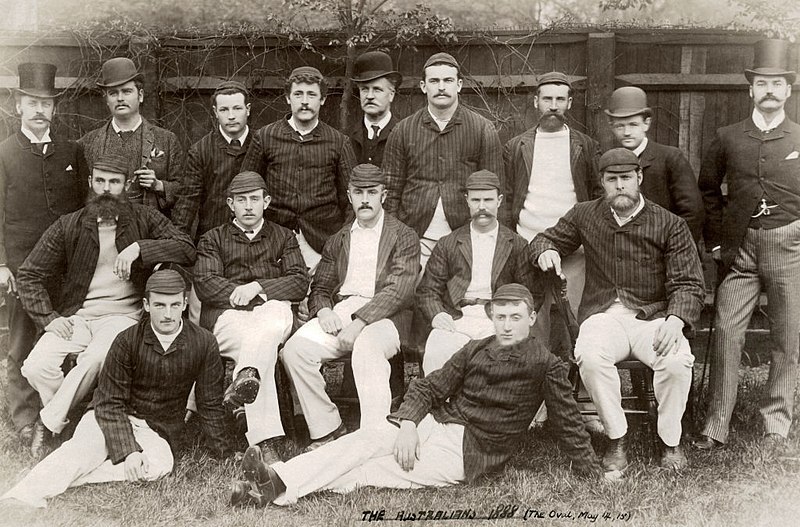 In 1888, Test cricket was only 11 years old. Only England and Australia used to play Test cricket in that era and England were maintaining a healthy lead over Australia. In the previous four years, England had won 10 Test matches and Australia had managed two. Even in February 1888, a touring England team beat Australia at the Sydney Cricket ground. Hence, an Australian team, under the leadership of Percy McDonnell came to England later in that year, with revenge on their mind.

They met at Lord’s for the first Test of the series on 16th July. Till then Australia had won only one Test match on the English soil. It was the famous 1882 Test match at the Oval which gave birth to the legend of the Ashes.

On a difficult pitch Australia won the toss and decided to bat first. They put up just 116 runs in 71 four-ball overs. Captain McDonnell and the wicket keeper Jack Blackham top scored for Australia with 22 as Jack Edwards remained unbeaten on 21. For England, their slow left arm duo of Bobby Peel and Johnny Briggs shared seven wickets between them.

It turned out to be a disaster for England as the pitch became worse and the Australian fast bowler Charlie ‘Terror’ Turner ran through the English line up. They ended day one on 18/3 with W. G. Grace on the crease However, Turner got five wickets and J. J. Ferris took three as only Briggs (17) and Grace (10) could get into double figure. England were bowled out for 53 earlier on day two, 17th July.

England made a strong comeback as Australia slumped to 18 for the loss of seven wickets. George Lohmann and Bobby Peel were exceptional. Thanks to the bowling heroes Turner (12) and Ferris (20), Australia could somehow score 60 in the second innings and set a target of 124 for England. Lohmann and Peel both ended with four wickets apiece.

By that time, the pitch at Lord’s became unplayable and it was impossible to bat long. 124 was too high for them and England crumbled. Grace ended as the highest scorer.  During his time of batting 34 was scored and he made 24 out of that. With his wicket a procession started and England were shoot out for 62. For Australia, 47 overs were delivered by Turner and Ferris in tandem with both of them finishing with five wickets each.

It was a record-breaking day with 27 wickets falling on a single day which is still a Test match record. This also gave Australia their first win at Lord’s, a ground where they would unfold quite a few good memories in the coming years.