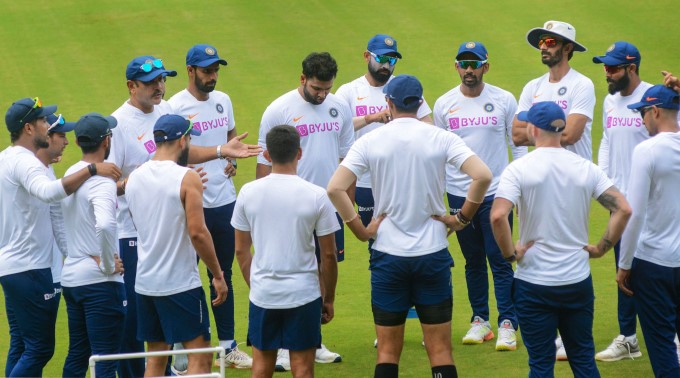 India, in an attempt to win their record 11th consecutive Test series triumph on home soil, will take on a new-look South African side in the first game of the three-match “Freedom Trophy”, starting on October 2 (Wednesday) at the Dr. Y. S. Rajasekhara Reddy ACA–VDCA Cricket Stadium, Visakhapatnam. For the visitors, this series will be the first assignment in the ongoing World Test Championship (WTC), whereas Virat Kohli’s team already has 120 point in the bag, courtesy to their 2-0 series victory in West Indies.

Going into this highly anticipated series, the Indian think-tank has decided to experiment with Rohit Sharma as a Test opener. Following his phenomenal limited overs success, the team believes that it is the ideal time for Rohit to carry forward his limited-overs form in white-ball cricket. Skipper Virat Kohli made it clear that Rohit will be given enough “space” to get used to this new position in the Indian Test set-up.

Meanwhile another talking point going into this first Test is the decision of dropping Rishabh Pant from the XI and replacing him with keeper-batsman Wriddhiman Saha, who last played a Test match back in 2018 in Cape Town.

Having scored centuries in England and Australia and with decent glovework, Pant had done enough to cement his place in the Test side during the injury lay-off for Saha. However, following his disappointing series in West Indies, the left-hander has now lost his spot.

The rest of line-up looks settled with India picking two pacers (Ishant Sharma and Mohammed Shami) and as many spinners (Ravichandran Ashwin and Ravindra Jadeja). Along with them, Hanuma Vihari’s off-spin will be more than handy on his home turf.

From South Africa’s point of view, not many are giving them a chance in the series, especially if the ball starts to turn. Aiden Markram and Temba Bavuma were amongst the runs in the warm-up and that should give them confidence ahead of this series.

The Proteas meanwhile, have planned to go ahead with five specialist bowlers in the first Test. The pace trio of Kagiso Rabada, Vernon Philander and Lungi Ngidi can trouble the Indians, especially with prediction of overcast skies and spells of rain on all five days of the game. They will be backed up by the spin options of Keshav Maharaj and Dane Piedt.