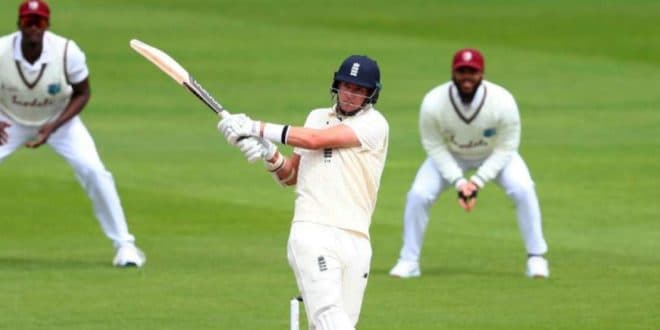 “I feel frustrated, angry, gutted because it’s quite a hard decision to understand. I’ve probably bowled the best I’ve ever bowled the last couple of years, I felt like it was my shirt.”

This is what England seamer Stuart Broad had said in an interview with Sky Cricket when he was left out of the XI for the first Test of the ongoing series between England and West Indies.

Broad had every right to be ‘frustrated’ and ‘angry’ as there was no logical reason behind dropping him. After all, he had bowled his heart out in the last couple of years for England and the numbers were there to prove that. Moreover, he was coming into this series on the back of top notch performances against two of the best Test teams in the world right now.

After claiming 26 wickets at an excellent average of 26.65 against Australia in the Ashes last year, Broad followed up with another superlative performance in South Africa where he accounted for 14 Proteas wickets at a sensational average of 19.42 once again.

With such good numbers to his name, the 34-year-old had every right to ask as many questions as he wanted. England also went through a reality check as they lost the first Test to the visiting Caribbean side by four wickets. The English pace attack looked toothless in absence of Broad and the team management knew that it was high time that they rectified their mistake.

Broad deservedly got his place back in England’s starting XI for the second Test at Manchester and then he showed everyone what England were actually missing. The right-arm seamer accounted for three wickets in each of the innings and ended with overall match figures of 6 for 108, which means that he conceded a meager 18 runs for every wicket taken.

Not only that, all six of his wickets in the match — Shamarh Brooks, Jermaine Blackwood, Shane Dowrich, John Campbell, Shai Hope and Roston Chase — were that of top and middle-order Caribbean batsmen. That pretty much sums up his quality as a bowler and shows why he should be starting in every match for England as long as he is fit. His exploits with the ball helped England to register a massive 113-run victory and thus they made a comeback in the series as well.

Broad wasn’t done yet, though. The series deciding final Test was yet to come and he was eager to shut down his critics once and for all. And when the moment arrived he had no second thoughts about seizing it.

This time, though, the veteran seamer decided to show his ability with the willow. When England found themselves tottering on a total of 280/8 –from an overnight score of 258/4 — in the morning session of Day 2, Broad decided to have some fun as he went on the countercharge against the West Indies bowler.

He was in no mood to hang around as he kept moving around at the crease to open up every nook and corner of the field for scoring opportunities. The result was a magnificent knock of 62 — consisting of 9 fours and a solitary six — that came at a fiery strike-rate of 137.78.

During the course of his Knock, Broad also equaled Alan Lamb and Andrew Flintoff’s record for the third fastest fifty by an England batsman in Tests. Only Sir Ian Botham boasts of a faster fifty (twice) than Broad.

Broad’s innings helped England to gain a good first innings lead of 369 runs, which looked improbable before his arrival at the crease. It was also his first Test fifty since 2017 and he would have been happy to bring that up in such a fitting situation. However, as we have known Broad over the years, his day is incomplete without gobbling up wickets. And that’s what he did after his magic with the willow.

He first had Kraigg Brathwaite caught in the slips right in his first over of the match and then trapped Roston Chase plumb in front of the wickets towards the fag end of the day. Broad ended the day with bowling figures of 10-2-17-2 and his exploits had helped the hosts in reducing West Indies to 137/6 until bad light forced the Umpires to call stumps early on Day 2.

Broad currently sits on 491 Test wickets and is very near to joining an elite list of bowlers who have crossed the 500-wickets mark in Tests. He will be the seventh bowler in the history of Tests to reach the landmark and it won’t be a surprise if his remaining nine wickets come in this ongoing match itself. In fact, he will go after every single one of these wickets and that could turn the remaining days of the match into a ‘Broad feast’. 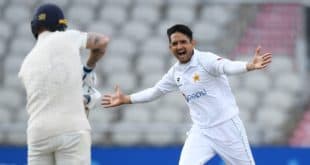